If you had to guess, what would you say the closest relative to octopus are?

If you had said oysters, snails or clams then you would have been correct! No no, I’m not kidding! Squids and Octopus are part of the Phylum Mollusca, meaning ‘soft bodied’. They are highly derived members of Mollusca, meaning over time, they have undergone many developmental changes, making them look superficially different to their relatives! However, they share many defining characteristics with the other members of this phylum, including: the mantle cavity, foot, and radula (chewing mouthpart).

Whats the difference between a squid and octopus you ask? Well, their mantle area, which resembles their head, are different shaped, with the squid being more elongated and bares a stiff structure called a pen, that supports their long head. Besides their body shape, their lifestyle if different too, with octopus being more bottom dwelling, and squids living a more pelagic, open ocean life. 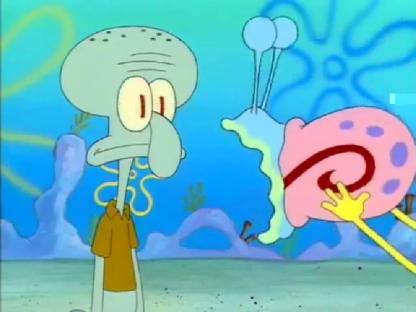 But just because they are invertebrates, that doesn’t make them simple, not at all. They have many characteristics that are actually shared with chordates (us!). These include; highly developed sensory system, large brain, sophisticated eyes, cartilage and a closed circulatory system (compared to other molluscs who have an open circulatory system). Squids have modified the foot that other molluscs, use to move around, into tentacles with suckers that can be used to swim and catch prey. Their complex sensory system, eyes, and chromatophores (camouflage cells) puts them up there as one of the most incredible invertebrate predators in the ocean.

I’m sure many of you have seen videos of squids unscrewing jars and playing with objects, but the most impressive display of how intelligent these animals are comes from Inky the octopus. Inky was part of New Zealand’s National Aquarium, when one day, he got sick of sitting in his tank and escaped. It is believed that Inky climbed out of his tank, manoeuvred his way down a drain pipe, slid 4 meters across the floor, and then into a drainpipe that lead directly to the sea, all of this being done in the middle of the night! Others have been seen climbing over to other tanks and eating the fish inside them before returning to their own tank! Octopus are famous for the ability to escape through small spaces, all thanks to their soft bodies!

Check out how easily this octopus escapes through a tiny whole in a ship!

And this other amazing octopus in Australia that climbs on land during low tide to hunt for crabs!

So next time someone says that invertebrates are simple animals, you can tell them about Inky the octopus, and all their amazing characteristics that make cephalopods so complex!

As always, if you have any questions please don’t hesitate to flick me an email via the contact section, or find me on Instagram @The_BlueScientist. Feel free to share this with anyone else you think would be interested in these amazing creatures!